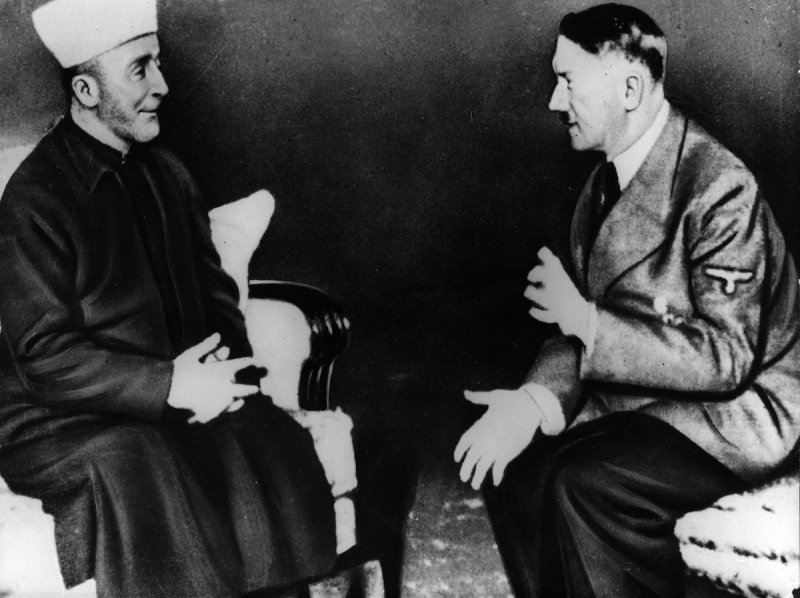 This week, Israeli Prime Minister Benjamin Netanyahu sparked a wave of backlash when he argued that the Holocaust was the brainchild of the Grand Mufti of Jerusalem, Haj Amin al-Husseini, who, Netanyahu claimed, suggested killing the Jews (rather than merely expelling them) to Hitler during a 1941 visit to Berlin. As it happens, the full German record of the meeting between al-Husseini and Hitler, on Nov. 28, 1941, was published half a century ago, and is readily available online. It is a fascinating and important document. Not only does it make clear that Netanyahu’s accusation is false, but it also sheds light on the true origins of the Holocaust, and why Hitler undertook it when he did.

The timing of the meeting is critical to understanding it and placing it in context. In late November 1941, as World War II continued, German troops had besieged Leningrad and had reached the outskirts of Moscow. A great many observers all over the world had expected the USSR to have collapsed under the weight of the attack Hitler had unleashed that June, and it was not yet clear that Germany was not about to defeat the Soviet Union. Equally importantly, although the negotiations between the United States and Japan that were designed to preserve peace in the Pacific seemed about to fail, the United States was not yet in the war. When Hitler and al-Husseini met, both leaders clearly believed that Germany was going to win, and the bulk of their conversation dealt with what the Arabs should or should not do help bring that outcome about.

Al-Husseini began the conversation by declaring that the Germans and the Arabs had the same enemies: “the English, the Jews, and the Communists.” He proposed an Arab revolt all across the Middle East to fight the Jews; the English, who still ruled Palestine and controlled Iraq and Egypt; and even the French, who controlled Syria and Lebanon. (The British had secured a mandate for Palestine at the Paris peace conference in 1919, and made halting attempts to create a “Jewish national home” there without prejudicing the rights of the Arab population.) He also wanted to form an Arab legion, using Arab prisoners from the French Empire who were then POWs inside Germany. He also asked Hitler to declare publicly, as the German government had privately, that it favored “the elimination of the Jewish national home” in Palestine.

Netanyahu uttered a half-truth when he referred to Hitler’s supposed desire to expel, rather than murder, the Jews. That had indeed been the policy of the German government at least until 1938. Hitler’s reply to Al-Husseini on November 28, however, confirmed that this policy was already a thing of the past before that meeting.

A great deal of evidence indicates that the decision to murder all the Jews of Europe had been taken sometime during the prior six months. The implementation of the policy, indeed, had begun immediately after the invasion of the USSR on June 22, when Einsatzgruppen squads began rounding up and shooting Jews by the thousands as troops advanced into the USSR. On July 31, Reinhard Heydrich of the SS had received a directive to prepare “the total solution of the Jewish question,” The construction of death camps in Poland had already begun, and Heydrich had already sent out invitations for the Wansee Conference, the meeting of high German officials from all involved ministries, that discussed the implementation of the “Final Solution” when it convened in January.Hitler’s reply to Husseini reflects all these decisions and measures.

Though al-Husseini asked for it, Hitler did not want an Arab revolt, at least not yet, as he did not expect one to succeed. He promised that it could be undertaken after further advances into the USSR, and through the Caucasus. But Germany’s “fundamental attitude,” he said, “was clear: Germany stood for uncompromising war against the Jews,” including, obviously, the “national home” in Palestine. “Germany,” he continued, “was at the present time engaged in a life and death struggle with two citadels of Jewish power: Great Britain and Soviet Russia.” Ideologically the war was “a battle between National Socialism and the Jews,” and Germany would of course help others involved in this “war of survival or destruction.” And Germany, Hitler said—in an unusually frank statement of what was about to happen—“was resolved, step by step, to ask one European nation after the other to solve its Jewish problem, and at the proper time to direct a similar appeal to non-European nations as well.”

Al-Husseini had obviously come to Berlin in the middle of the play, and could not possibly have had any influence on decisions that had already been taken. Nor did he say anything about the fate of the millions of Jews—most of them Polish and Soviet nationals—who had already come under Hitler’s control. What he wanted, and did not get, was the authorization to proceed immediately to a revolt against the colonial powers in the Middle East and a war against the British and the Jews in Palestine.

The full text of Netanyahu’s speech to the World Zionist Congress shows that he made this claim to argue that Palestinian Arabs are never really angry about specific acts taken by the Israeli government, but rather at the existence of Israel itself. For him to suggest that a Palestinian leader, rather than Hitler, conceived of the Final Solution, prompted a negative reaction. The German government responded with an almost instantaneous acknowledgement of Germany’s responsibility for the Holocaust. In our highly politicized age, facts are frequently a casualty of controversy, but for those who are Interested, the internet makes the truth nearer at hand than ever before.